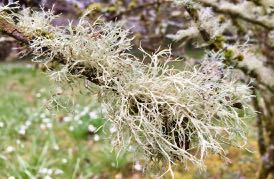 2.We visited the amazing gardens at Howick Hall (seat of Earl Grey, the tea man and much else besides). If you haven’t been, I can highly recommend it. The woodland is amazing there. To be honest, it was a bit early and nothing much was out, but I was liking this lichen on a crab apple. 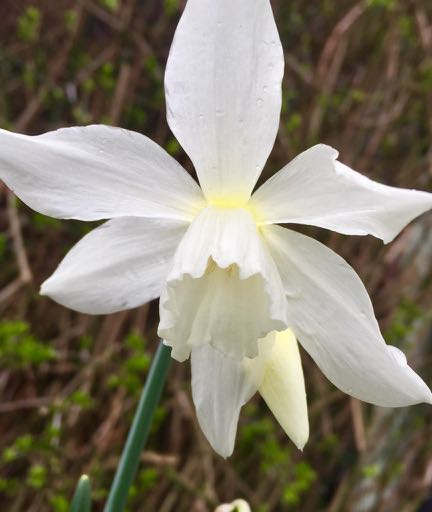 3. Came home to the first of my Thalia Narcissi. Such a clean, light, beautiful bloom. I have about ten clumps now which have slowly increased and am a big fan. Incidentally, I also scored a bargain 36 bulbs of gone over Tete-a-tete for £1.50 from Bunnings Warehouse on Thursday and thought to naturalise them in grass next year. 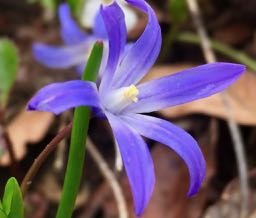 4. Don’t be Scilla about it, thats a Chinodoxa! I always got those two confused, as they are both blue and out together. Basically the Chinodoxa is shorter, with finer foliage and with fewer blooms. Lovely in drifts under trees and shrubs though. 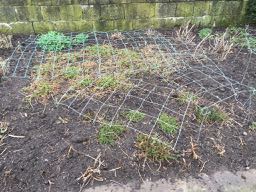 5. I need some support. I noticed at Howick Hall that they have got their perennial plant supports in early-doors, as you can see in that extremely boring first photo. The metal grill will disappear in a few weeks I imagine. Inspired by the Lord Chief Propagator’s post on supports, I tried my own crap dream-catcher look-a-like efforts, made from Wisteria prunings. The client came and looked at them, made a few polite noises and went inside to quietly bang her head against the wall. 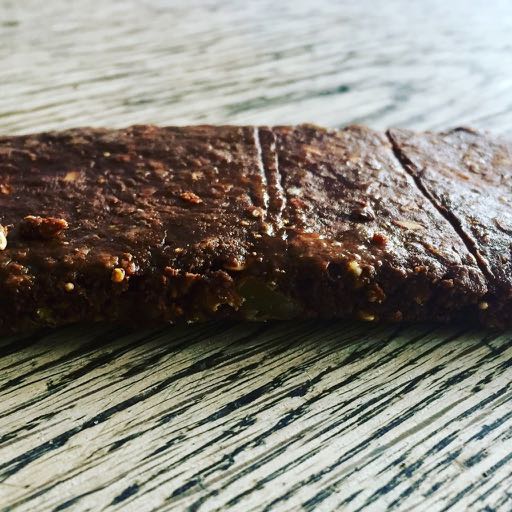 6. What the……is that? Any guesses? It is in fact only tangentially connected to horticulture in that it became part of my high energy, vegan, tasty packed lunch. It is a breakfast bar, made by a local start-up baker, called The Depressed Baker. He lost his job due to depression and stress and is starting up a bakery supplying cafes in East London. He has a strong message about mental health and donates part of his profits to mental health charities. Anyway, he was kind enough to drop over some samples and I like them very much.